Solids success, finally! — The Bump
Sign up for The Bump!
Get weekly updates on baby and your body. Start by selecting which of these best describes you!

fishee333 member
September 2016 in January 2016 Moms
We've been trying for about two months and today LO finally, really enjoyed eating! It was a raspberry banana puree. The trick? She had to put the spoon in her mouth herself. Once she figured it out, she kept wanting more! I know some of you are also struggling, so I wanted to share. Any other tricks? I have a feeling LO would also love BLW but I'm too scared to try that yet... maybe in another month or so. On a side note, LO had also been refusing a bottle for a while now, and yesterday we found a way to give her pumped breast milk again... a sippy cup, but she had to be holding it! Little miss independent has learned enough coordination to feed herself finally. I guess that's what she wants to do. 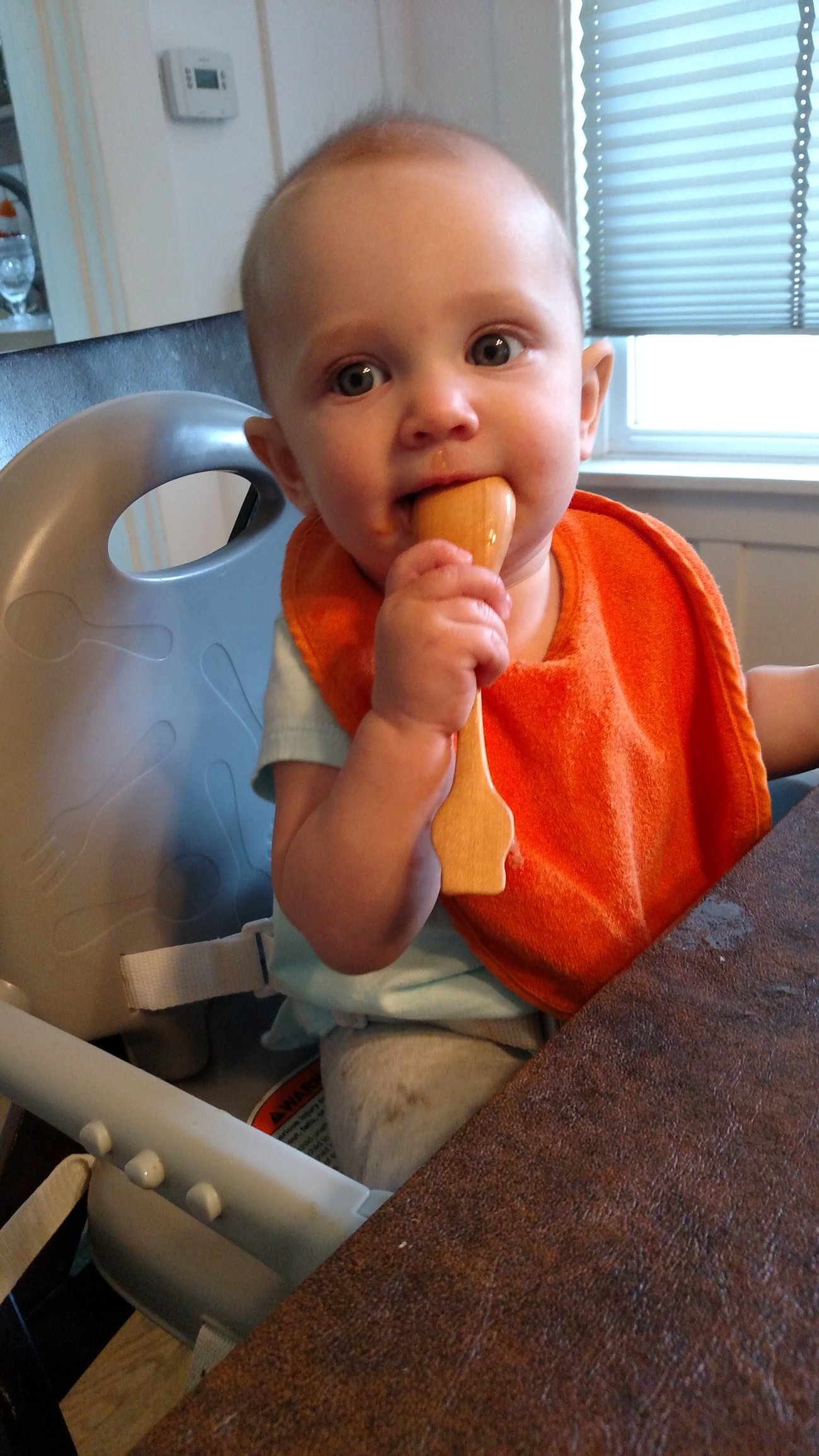