Gutted. — The Bump
Sign up for The Bump!
Get weekly updates on baby and your body. Start by selecting which of these best describes you!

fivetimesnoluck member
February 2016 in TTC After a Loss
I've been struggling this month and I know why. But then I was reminded precisely when my world shifted. I wasn't looking for it, but I found this post (image below) in a private Tumblr I started long ago and rarely ever post in. . .

I am just so devastated that there has been no resolution yet. And I cry for the fact that we are different people than when this started. Not all for the better. I feel like I'm broken and I've broken the people around me.... Like I'm taking people out on my way down, and frankly, sometimes I feel like I would rather just suffer alone. I'm not trying to be a martyr, I just think it'd be easier if I could contain the fall out.

Husband actually told me tonight that he feels like he has lost a piece of him and he doesn't know how to get it back. It hurts so badly to hear that.

Now he's sleeping on the couch and I'm torturing myself by re-living heartache after heartache. I need to just go to bed. Tomorrow will be better.

Thank you all for allowing me the space to vent and moan. 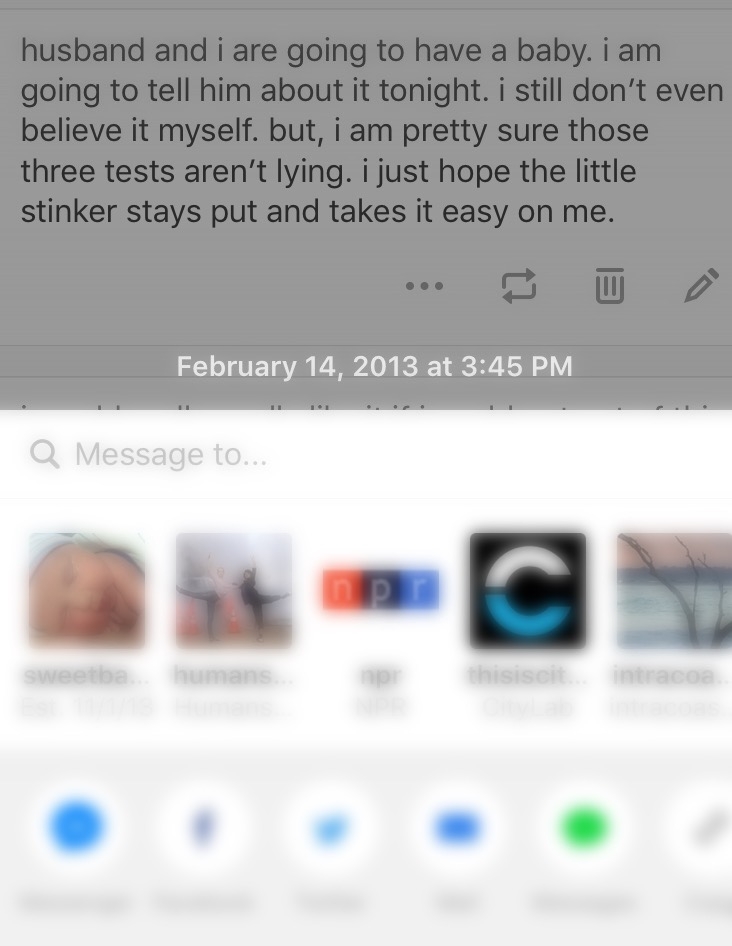 TTCAL with RE (RPL specialist): February 2016