"having a baby is not an emergency"- Red Cross — The Bump
Sign up for The Bump!
Get weekly updates on baby and your body. Start by selecting which of these best describes you!

&quot;having a baby is not an emergency&quot;- Red Cross

wtf? Seriously? My husband has been gone my third trimester, which sucks, but I am dealing with it. I live in NC and he is stationed in VA before we move to Germany in May. Our daughter is due April 11th. As I am also a govt employee I decided to stay at my job since he is training and I am not on his orders. I was told by his commander etc. that all my doctor has to do is call the Red Cross and they will contact his unit and he will be on his way after he receives his emergency leave paperwork and should hopefully make it to the birth, as it's only a 3.5 car ride away. THANK GOD my OBGYN is retired military and contacted all of the numbers I gave him to make sure they work. (yes he is really that awesome) I called him today because I was having ridiculous round ligament/sciatic pain that took my breath away and he informed me that the Red Cross was rude, having a baby (vaginal or c-section) is not an emergency according to them, and no one answered the phone out of the 4 other "emergency contact numbers? I was given as back up numbers. I am so beyond frustrated with all of this bureaucracy. He's in the field, so I can't tell him for a week. Hopefully nothing crazy happens because God forbid I try to get ahold of him.  * venting complete*

Does anyone have experience with this???

Also, I had to get a ?wellness physical? at 8 months pregnant to be added to his orders to Germany, which will probably take forever to amend. My regular passport is no good and I have to apply for a no fee passport (after I receive the amended orders) and once the little one is here I have to go through this with her all over again.

I am starting to get upset thinking I am going to be separated from my husband longer than I intended if all of this is taking so long. 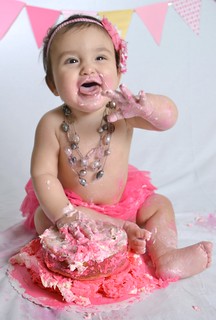 Re: &amp;quot;having a baby is not an emergency&amp;quot;- Red Cross