Sleep apnea?mouth open/snoring/recessed jaw- anxious mom!! — The Bump
Sign up for The Bump!
Get weekly updates on baby and your body. Start by selecting which of these best describes you!

trying to conceive I AM
Pregnant I AM A
Parent
Community› The Bump Message Boards› Babies: 3 - 6 Months
Sign In · Register 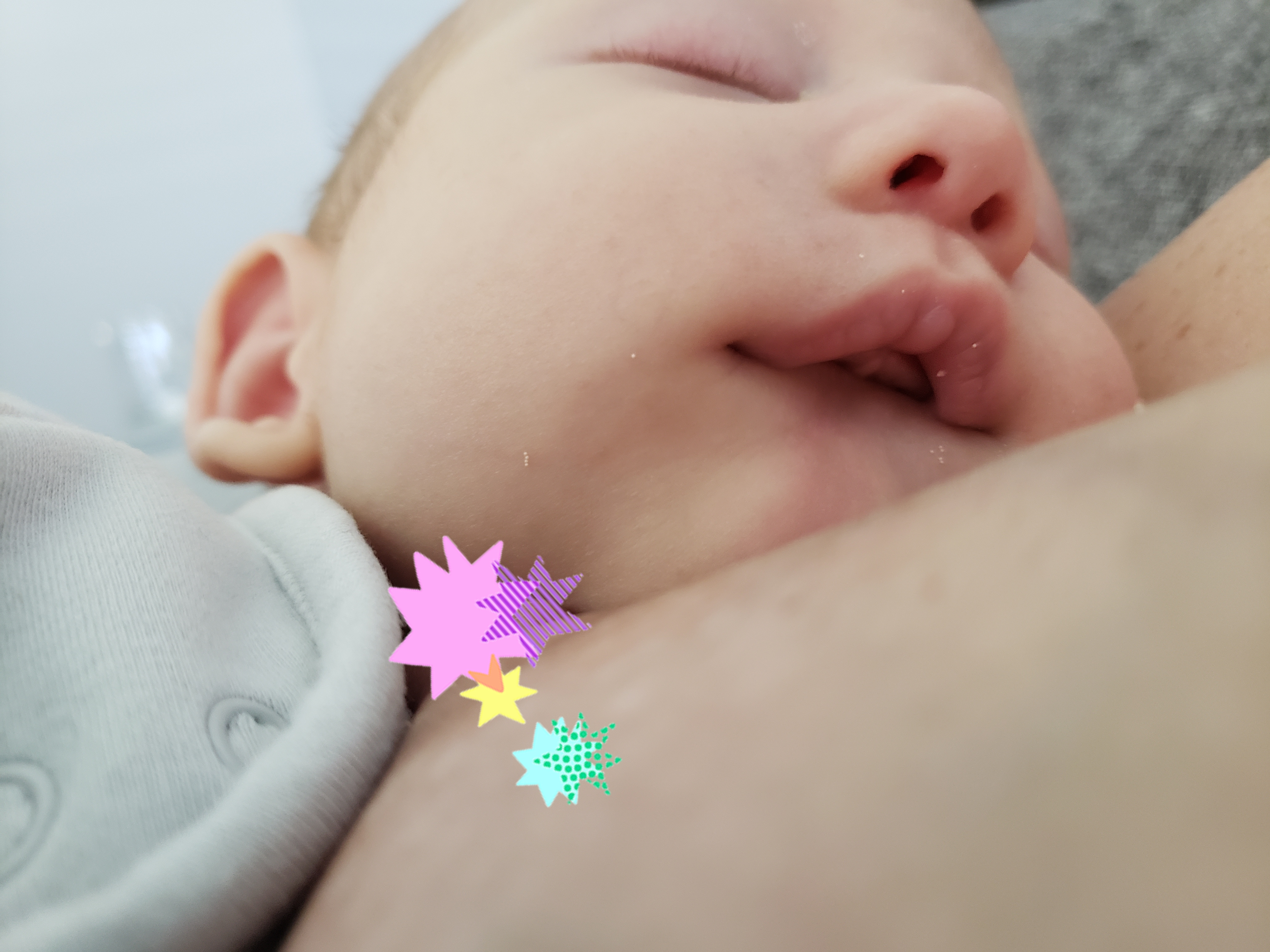 unlatched from feeding. But wanted to show pic of jaw. I have video of the noises while sleeping but I dont know how to upload it.

So some back story... my son is 12 weeks and I've struggled with breast feeding from day one. Hes always had a shallow latch and I've gotten his tounge tie revised ... I've seen consultants ... his pediatrician.. I've tried block feeding because of an oversupply and or harsh letdown. Still shallow latch. He will now be 3 months on August 5th.
Also since birth my son has been sleeping with his mouth open. He has snored and his breathing has been loud. I've even witnessed his what seemed like to me him gasp for air which would wake him up. His jaw is pretty recessed.. I know its normal to be slightly for newborns but his seems pretty far back. I've brought this up to his ped multiple times (not the jaw but the mouth open and breahting/snoring).. at his 1 week appt.. I've gone in just for it.. at his 2 month one and again yesterday. At first she told me to use saline cause it could be mucus... I have been doing that and also using nose Frida... she just keeps blowing me off.
I brought up seeing a sleep specialist to test his breathing while sleeping and she was like "well I can refer you but they wont do anything"
So now I'm thinking this referral will have nothing on it and I'll probably be last on the list 😔. Also thinking after doing more research that I should probably see a ear nose throat doctor which you think she would've known and suggested.
I think his jaw is too recessed and its causing all the wakings (hes waking on average 7 or more times a night) and breathing issues. I've read that often when the jaw is too recessed it can be mistaken for tongue tie and babies can have difficulty latching... then there is the jaw being too far back it caused the troubles breathing from constructing the airways.