Having a Polydactyl baby? — The Bump
Sign up for The Bump!
Get weekly updates on baby and your body. Start by selecting which of these best describes you!

Having a Polydactyl baby?

bcorral27 member
July 2016 edited July 2016 in September 2014 Moms
I'm starting this discussion for any moms freaking out about having a polydactyl baby.

I was born with the mutation- first person in my ENTIRE family- and when I was born, from what I'm told, it was just a mass attached to my left pinky. Some extra digits can be fully formed with bone and muscle, or the growth and development can stop relatively early and it'll just be skin (like mine). For all the mommys freaking out, DON'T WORRY! It IS a genetic defect, but it's painless, harmless and purely cosmetic. Once your baby is born, he or she will grow up and THEIR offspring is 50% likely to have the mutation as well. I'm currently 5 months pregnant and my poor little boy has 11 fingers and 11 toes! (My poor baby mutant!

) We plan on having it corrected immediately, as long as it hasn't developed into a more complex digit (if it's more developed, you usually have to wait until 1yr to have a SIMPLE reconstructive surgery).

Polydactyly CAN be a symptom of a few other genetic conditions, but those are all very rare and recessive- unlike the standalone genetic mutation for polydactyly, which is a dominant mutation (meaning it's more statistically likely). Don't freak out about those other conditions, unless you've had a blood test that assesses you as high risk or the ultrasound shows additional abnormal results- with any of the major organs, specifically.

Polydactyly, by itself, is harmless and painless. I actually knew a guy in middle school who DIDN'T have his extra digit removed!! (Not gonna lie, it was gross to look at. Haha.) It's ENTIRELY cosmetic and (again) causes NO PAIN! I have a scar where mine was, but you wouldn't know it was from an extra digit unless I told you.

My extra digit was removed with the string method; from what I'm told it died and fell off within about 2 months(ish?) and all that's left is a single small, bump-looking scar.

So again, don't worry if you're having a little mutant baby (like me or my little boy). Lol! Remember: there are much more serious conditions and disabilities in the world, so be thankful, because getting rid of an extra digit or two is just an item on a to-do list- those of us with otherwise healthy babies should pray for the families that are facing life-changing conditions. Plus, if, for whatever unforeseen reason, we decide to leave the extra finger- at least my son will be able to catch better! 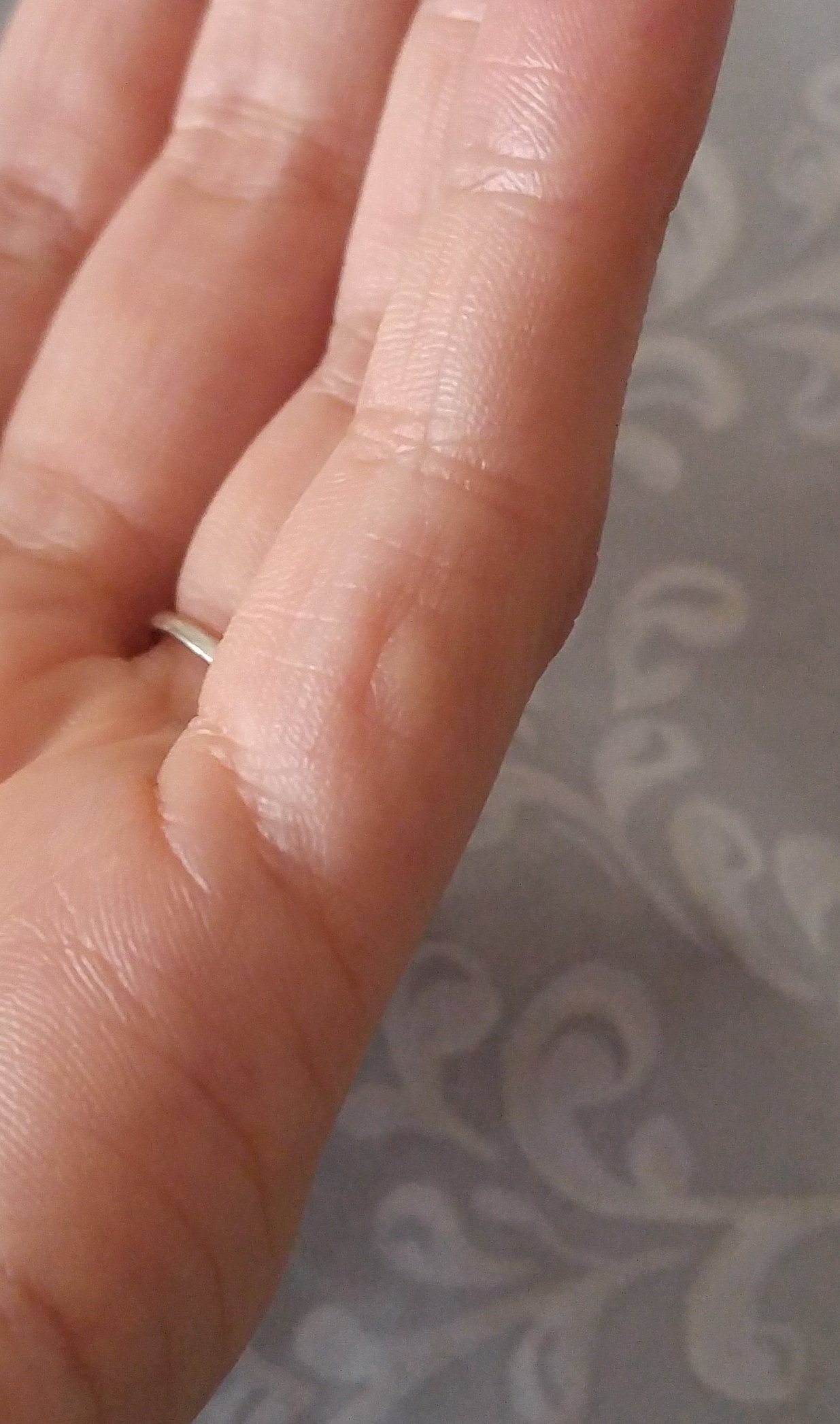