AW: Experience with IUI come on in! — The Bump
Sign up for The Bump!
Get weekly updates on baby and your body. Start by selecting which of these best describes you!

AW: Experience with IUI come on in!

Frenchteachermama member
May 2014 in Secondary IF
So it looks like we're not going to have a ton of forced sexy time in my childhood bed over the weekend (lol).  They had me trigger last night and IUI will be on Friday AM.  Yesterday morning I had 17mm, 16mm, and 15mm follies and my LH was 6 and E2 was only 175

They tested my progesterone but I don't know what that number was.  I guess it must have been high enough that it looked like my body was starting to O.  Not looking good right?  I though E2 was supposed to be 200+ for every mature egg.  This is only my second IUI cycle, just curious what your body looks like at trigger. 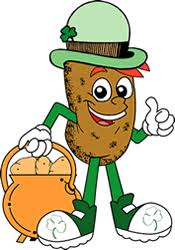 Re: AW: Experience with IUI come on in!