So let's discuss-- birthday cake! — The Bump
Sign up for The Bump!
Get weekly updates on baby and your body. Start by selecting which of these best describes you!

What are you doing for LO's birthday? Based off of some people's reaction to the fact that I keep junk to a minimum when giving LO food, I am sure I will get the side eye for not wanting to give him actual birthday cake. Sure, the doc OK'd it but I want LO to have a big smash cake and not just a tiny piece of birthday cake (which is what I would be comfortable with him having). I have read a couple baby-friendly cake recipes that I may try out... but I also want it to look like a cake! Gah! Anyways, do you know what you will be doing? Anyone have a great tasting/looking cake (and  maybe even healthy-ish icing) recipe? TIA

PS-- this is the pic of what the cake from the baker will look like... 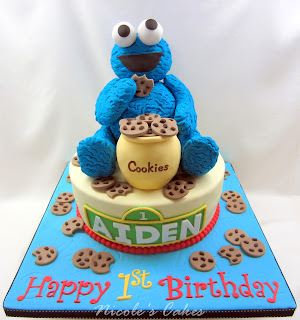 Re: So let's discuss-- birthday cake!