Everything you didn't want to know about pregnancy, birth, and postpartum: STM to FTM advice — The Bump
Sign up for The Bump!
Get weekly updates on baby and your body. Start by selecting which of these best describes you!

Everything you didn't want to know about pregnancy, birth, and postpartum: STM to FTM advice

A few of us were thinking it might be helpful for STMs to be able to share everything you'll never read in the What to Expect. I learned a lot from a similar discussion in my first BMB. So STMs, let's get those chips off those shoulders, and FTMs, ask any question you can muster. I'll start with a few of my own nuggets of wisdom/horror:

1. In third tri:
I got charley horses almost nightly.
At that point baby kicks resemble a demon trying to violently escape a human host.
My insides were so cramped with baby that by the end of the night I felt claustrophobic in my own body. This was only relieved by a morning poop the next day.

2. Pushing during labor feels like taking the biggest poop of your life...and you likely will be pooping a little bit too. I did. Join my poo club.

3. After birth, every time I stood up from the couch, it felt like my organs were going to fall out of my vag. SO much pressure in the lady bits. HOARD the icy maxi pads from the hospital. Shit, do it for fun. Those things are soothing even if you haven't had a kid. Also stock up on hemorrhoid pads with witch hazel.

4. When your milk drops, Ba-BAAAAAAM! Welcome ladies! I went from an A cup to a C literally overnight (back to status: pathetic now though).

I have many more grotesque tid bits to share, but I figure I'll let a few other ladies show their bits before I hand over my tids. Have at it, girls! 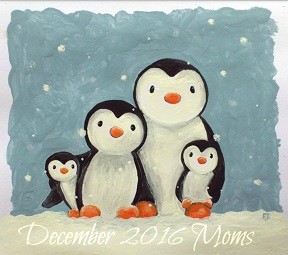 Re: Everything you didn't want to know about pregnancy, birth, and postpartum: STM to FTM advice